Which UK fintechs received the most investment in 2019?

Despite Brexit uncertainty the UK continued to be an attractive proposition for overseas investors in 2019. UK fintechs still raised a lot of capital, with a select few closing £100m+ rounds.

Below we’ve listed 20 UK fintechs that raised the most throughout 2019.

Founded in 2014, Landbay, a specialist marketplace lending platform for residential buy-to-let mortgages, raised €1.1bn from an unnamed institutional investor in 2019.

The fundraise – and amount raised – is no mean feat, especially in a period of significant economic and political uncertainty.

John Goodall, co-founder and CEO of Landbay, commented: “The £1bn funding is coming from a major financial institution, cementing another flagship partnership between traditional finance and fintech. It’s another fantastic example of London’s thriving fintech sector, even in the face of political and economic uncertainty.”

Greensill Capital is a specialist in supply-chain or otherwise known as working capital finance, where businesses raise funding backed by supplier payments.

The company managed to convince the Japanese conglomerate to twice in the calendar year. First off in May, they raised $800m from Softbank, this was followed five months later with another $655m. The total raised during the year was a mammoth $1.455bn.

Back in early February, SME lender OakNorth announced it had closed a new $440m funding round and firmly set its sights on international expansion, with the US a key target.

SoftBank’s Vision Fund led the round with a $390 million investment, with Clermont Group providing the rest of the cash.

Once the funding had been announced, OakNorth had a post valuation of $2.8bn and was crowned Europe’s most valuable fintech company.

Unlike a lot of other lenders, OakNorth uses big data and machine learning to assess the risks and continuously monitors its portfolio, to make any changes or give advice to its clients quickly. The fintech has lent £4bn since its inception.

Peer-to-peer lender Funding Circle endured a difficult 2019, and as a result, its share price took a hit. The Financial Conduct Authority (FCA) began to clamp down on the sector due to mismanagements and previous failings.

Nevertheless, Deutsche Bank-backed Waterfall Asset Management decided to invest £250m into Funding Circle. It will be interesting to see how Funding Circle and more importantly the P2P sector operates in 2020.

One of Europe’s most well-known startups, TransferWise gained popularity by offering a simpler and cheaper alternative to banks for international money transfers.

Notably, TransferWise elected to go down the secondary share sale route, which means no new shares or capital was offered, however, it gave existing and early investors to cash in some of their shares. The secondary round raised $292m and gave the fintech a valuation of $3.5 billion – that’s more than double the valuation TransferWise achieved in late 2017 at the time of its $280 million Series E round.

Following the funding and with its new valuation, TransferWise became the most valuable fintech firm in Europe, surpassing U.K. digital lender OakNorth, which was valued at $2.8 billion.

LendInvest, the UK’s leading online marketplace for property finance and investing, had a very successful 2019. First off in April they secured £200m from HSBC, this was followed by another £200 million investment from the National Australia Bank (NAB), one of Australia’s largest banks.

LendInvest also became the UK’s first fintech business to securitise its own portfolio of assets worth £259 million, which received a AAA rating from Moody’s and Fitch.

The company also reported a fifth year of profitable growth for the twelve months to 31 March 2019 with Christian Faes, Co-Founder & CEO of LendInvest, stating: “LendInvest has notched up yet another year of profits, showing again that you can be a fast growth Fintech business, make a substantial investment in disruptive technology, and be a profitable business.”

When founded in 2005, Zopa was one of the first fintech businesses, it was also a pioneer in the peer-to-peer space. Since then, it has had its ups and downs. In 2018 it decided to pivot its business model and applied for a banking license. Back in December 2018 it received a provisional banking licence but needed to raise extra capital to assure regulators it was stable enough to operate as a full bank.

Zopa was given 12 months to raise the required extra capital, and in December last year, just before the deadline, Zopa raised £140m in funding from IAG Silverstripe, which is part of American private investment firm IAG Capital. Thus allowing Zopa to claim to be the world’s first combined peer-to-peer lender and digital bank.

To date, Zopa has lent £5bn in unsecured personal loans to customers in the UK.

Monzo. Where do we start. The coral-card challenger bank is one of the UK’s favourite brands. The challenger and digital-only bank has always wanted its customers to be a part of the company ever since the early days. Thirteen funding rounds and a £2bn valuation later, the challenger bank is going across the pond and is already on-boarding customers.

Even with the uncertainty surrounding Brexit, and the possibility of a shifting landscape for financial firms, UK fintech companies led Europe in terms funding, taking in $645 million in the first quarter of 2019.

The funding round meant Monzo doubled its valuation from its previous round in December 2018 and leapfrogged rival Revolut to become the second most valuable fintech startup in the UK behind small business lender OakNorth, which gained that title earlier in the year.

As traditional lending has become increasingly lengthy and uncertain for SMEs since the 2008 financial crisis, Sonovate helps to reduce the complexity and provides upfront funding against unpaid invoices.

Sonovate has funded almost £1 billion to recruitment agencies, consultancies and on-demand vendors since launching in 2012.

Founded in 2017, Pollinate Networks is a platform that works with a bank’s legacy systems to create data-driven experiences for merchants and consumers. Pollinate also assists financial institutions in building relationships with their clients.

In October, the company announced it had raised a Series A round of £60m – a pretty hefty amount for a startup and a Series A round – from investors that included EFM Asset Management, MasterCard, Motive Partners, and The Royal Bank of Scotland (RBS).

Another payments startup to make the list. GoCardless helps businesses to collect recurring payments online, announced that it had secured $75 million in Series E funding round.

GoCardless has received $123m total in funding as it aims to build a global bank debit network.

Founded in 2015, fintech startup Soldo offers a multi-user spending account for businesses of all sizes from SMEs to much larger enterprises that need to deploy and manage expenses across an entire organization.

July 2019 saw Soldo close $61m in Series B funding, and at the time, Soldo stated its Series B round is the largest to date for a fintech firm in spend management.

The Series B round was led by Battery Ventures, Dawn Capital, and Silicon Valley Bank, with participation from existing backers Accel and Connect Ventures.

Digital business banking platform Tide fundraised twice during 2019. June saw Tide secure their Series B round, and in October had a Series B extension which took their total investment throughout the year to £49.1m. The round into the digital business banking platform was led by Japan-based SBI Group, a subsidiary of the Japanese investment giant SoftBank and the UK’s only listed fintech fund Augmentum.

The Series A came packaged and therefore was split into £25m of debt financing supplied by Shawbrook, and £15m in equity led by Balderton Capital and Northzone.

After launching in September 2018, Wagestream has received a total £59.5m in funding, being backed in its early stages from Village Global, which counts billionaires Bill Gates, Jeff Bezos, and Mark Zuckerberg amongst its backers.

The UK-based company said it will use the funds to expand throughout Europe.

Zego, the London-based insurtech, raised $42m in its Series B funding, in one of the largest funding rounds for a European insurtech startup.

Zego provides flexible insurance for the gig economy, catering to the fast-growing market, such as ride-hailing, ride sharing, car rental and scooter sharing.

The Series B investment takes the insurtech to a total of $51m in funding, being backed by the likes of; Target Global, Balderton Capital, Tom Stafford of DST Global and TransferWise founder Taavet Hinrikus, who also joined Zego’s board following the investment.

Post the investment announcement, Zego stated it had grown 900% over the past 12 months.

Founded by banking vetern Anne Boden back in 2014, digital and mobile-only challenger bank Starling, had a very successful 2019, raising a total of £205m throughout the year.

Starling is one of the big three fintech banking stalwarts in the UK, along with Monzo and Revolut. The past few years has seen a rise in the number of challenger banks – not just in the UK – with funding pouring in for these fast-growing fintechs.

Starling’s fundraising started in February when it received £75m from Merian, formerly known as Old Mutual Global Investors, and existing investor Harald McPike. A week later it was announced that Royal Bank of Scotland (RBS) awarded Starling £100m in the form of a grant from the Capability and Innovation Fund (CIF).

Eight months later, Starling raised a further £30m from Merian Chrysalis and JTC. Starling stated that the funding would support its retail, SME as well as its B2B services and enable it to accelerate its European expansion.

Onfido stated the funds would be used for expansion in Europe and the US, as well as the development of its current product.

Fintech has considerably evolved during recent years and continues to develop fast. The sector is still receiving vast amounts of investment from European and overseas investors, innovation is continuing at a rapid pace, and new companies are emerging all the time. Could 2020 be a very different year for fintech or will the growth and market share continue to grow? 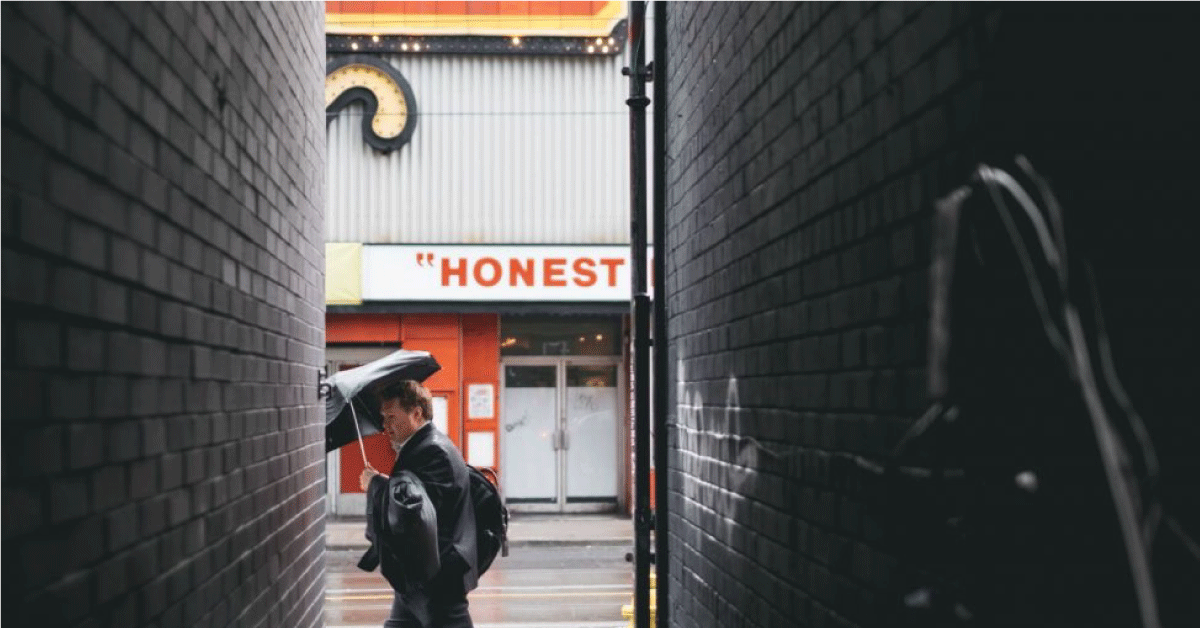 Trust: a key commodity in fintech

Is 2020 the year of challenger business banking? 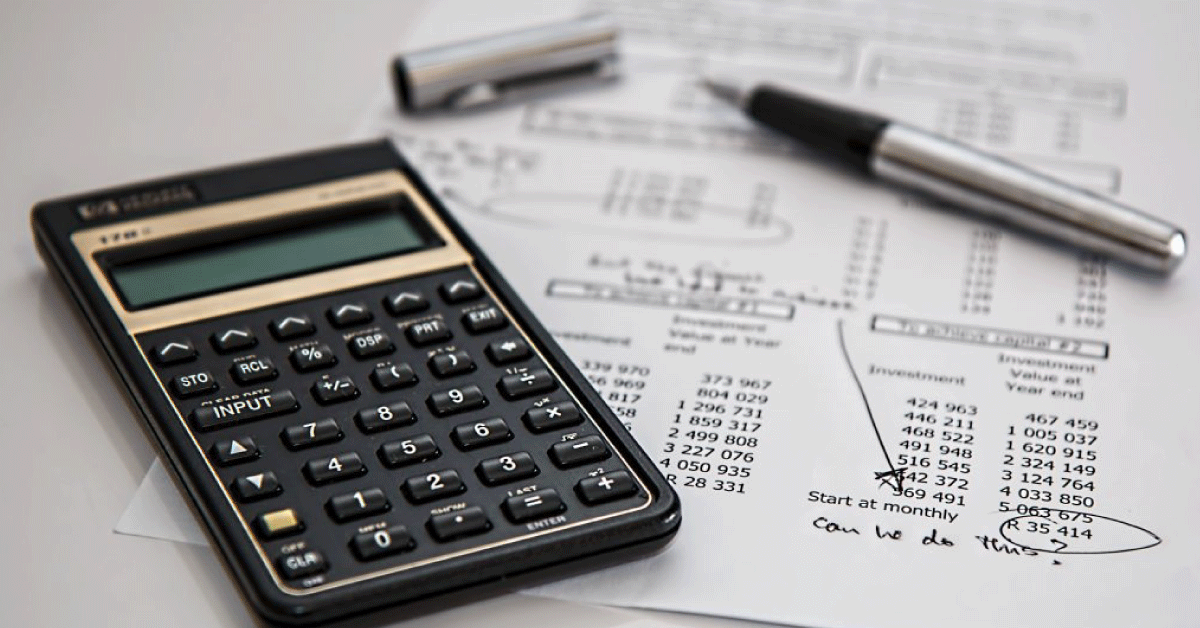